We recently returned from the National Middle School Association Conference that was held in Louisville, KY, this year. I talked to so many people that I got a sore throat, but I enjoyed every minute of it. As attendees walked by I would ask them if I could show them how they could use the document camera that they already have to grade multiple-choice tests. Some of them would say yes, some would say no, but the ones that reluctantly stopped to see what I was talking about were the most fun to demonstrate to because they were often the ones that got the most excited. One especially excited teacher gave me a “high five” every time I would finish telling her about one of GradeCam’s features. I thought that she was literally going to do a cart wheel down the aisle when we finished. Another enthused teacher told me that GradeCam must have been invented by God since it was an answer to her prayers.

Usually the reaction at conferences to GradeCam is one of temporary disbelief and excitement, but on two occasions the response actually involved tears. The first was at TCEA in Austin where a man’s eyes welled-up as he told me that GradeCam was going to save his marriage. He went on to explain that his wife spent every minute outside of the classroom grading papers or stressed about how much she had to do. Apparently, the lack of fun and pleasure had begun to take it’s toll and he saw quickly how GradeCam could markedly improve their lives and their marriage. Another especially emotional reaction came from a female teacher at FETC in Orlando. After showing her how GradeCam works, she told me that while driving to the conference she had been talking to her husband about quitting teaching because her work load was so overwhelming. As she continued, she started crying as she explained that for the first time she could see how she was going to be able to manage the endless paper part of it and continue to teach.

We’re headed back to Orlando in January for FETC (Florida Education Technology Conference) where I know we will see more excited reactions. But you don’t have to find me at a conference to share your story. We all really appreciate hearing from teachers whose lives have changed for the better because of GradeCam and, if you’re one, we would love to hear from you. You can contact me at rick@gradecam.com. Since its inception in 1973, the Association for Middle Level Education (AMLE), formerly National Middle School Association has been a voice for those committed to the educational and developmental needs of young adolescents. AMLE is the only national education association dedicated exclusively to those in the middle grades.

With more than 30,000 members representing principals, teachers, central office personnel, professors, college students, parents, community leaders, and educational consultants across the United States, Canada, and 46 other countries, AMLE welcomes and provides support to anyone interested in the health and education of young adolescents. In addition, AMLE has a network of 58affiliate organizations in the United States, Canada, Europe, and Australia that strengthens our outreach to the regional, state, provincial, and local levels.

Through the release of our landmark position paper This We Believe AMLE has been a key resource to middle level educators looking to develop more effective schools. Our message is for schools to be academically excellent, developmentally responsive, and socially equitable for every young adolescent. 7 Tips for Handling the Stress of Teaching During a Pandemic

What is Collective Teacher Efficacy (CTE)? 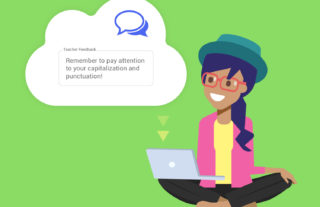 What is Remote Learning and How Effective Can It Be?